The 10 Best Day Trips from Paris - Travel on Budget 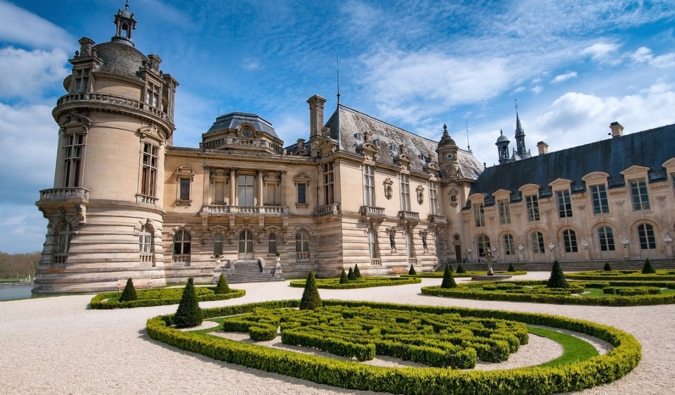 Paris is one of my favorite cities in the world for many reasons. Heck, I love it so much that I’m currently living here!

This city has it all – and it would take a lifetime to really see. Even after a decade of visiting and months living here, I’m still finding new things to see and do!

And, while the city itself has a million and one sights to visit, there are also some fantastic day trips from Paris that can help you escape the city – and see what else this incredible country has to offer.

From historic vineyards to medieval castles to cheesy tourist sites, there’s a lot within a short distance from the city.

Here are some of the best day trips from Paris (at least in my opinion):

1. The Palace of Versailles 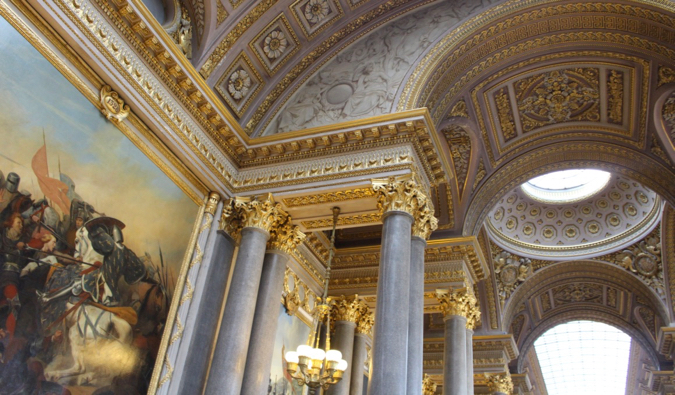 From its exquisite gardens to its lavish interiors, the Palace of Versailles is truly a sight to be seen.

Located just 20km from Paris, it was the primary residence of the kings of France for over 100 years, until the French Revolution. Once just a tiny hunting lodge, it was initially transformed into a proper château by Louis XIII, who bought up the surrounding land to extend his park and gardens. Eventually, Louis XIV (aka the Sun King) turned this into lavish country estate as a way to escape Paris and diminish the grip of the French nobility. A massive and decadent symbol of royal power, Versailles offers an incredible insight into French history, highlighting the ostentatious lives of the former monarchs.

The Palace of Versailles is one of the most-visited attractions in the vicinity of Paris, with over 10 million people swarming the grounds each year. To avoid the worst crowds, try to visit during the week.

Place d’Armes, Versailles, +33 1 30 83 78 00, en.châteauversailles.fr. Open Tuesday–Sunday 9am–5:30pm, with the last entry at 5pm (closed Mondays). “The Passport” ticket will give you admission to all the palace tours (grounds, Trianon Palaces, and Marie Antoinette’s estate), the Musical Fountain Show, the Musical Gardens, and the exhibitions; it costs 27 EUR (for one day) or 30 EUR (for two days). To get there, take the RER Line C to Versailles Chateau or the SNCF train from Gare Montparnasse to Versailles Chantiers. 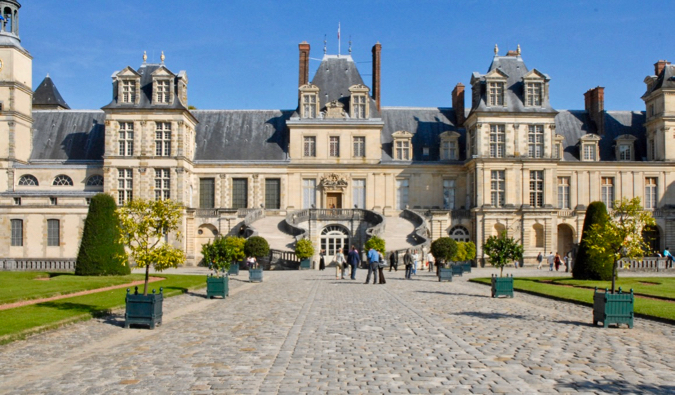 Located about 75km from Paris, this is one of the largest royal estates in the country. Built in the 12th century, it was inhabited continuously for over seven centuries and is now a UNESCO World Heritage site as well as a national museum. The origins of the palace also date back to a hunting lodge used by the kings of France, with additions being built throughout the years, the most elaborate of which are from the 14th and 15th centuries.

Much like Versailles, there are lavish rooms and apartments here, including a grandiose and ornate ballroom, as well as the throne of Napoleon. The château was also used as a NATO base of operations after World War II until 1966, when it was restored, gaining UNESCO status in 1981. 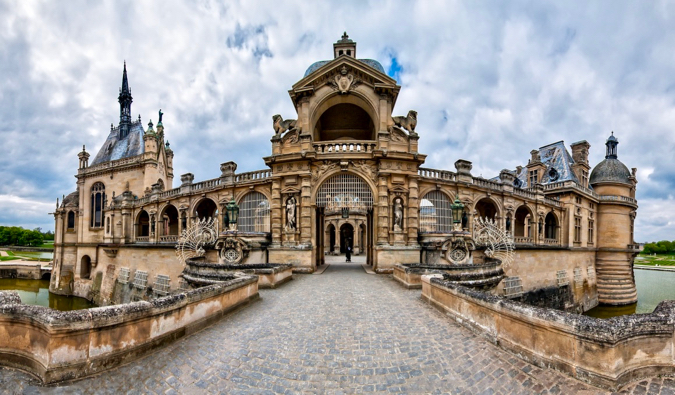 This historic château is located just 60 minutes from Paris by car. It was built in 1560 by the Montmorency family, one of France’s noble families. It is surrounded by some 8,000 hectares of forest and has seen numerous additions over the years, including a major restoration after part of it was destroyed in the French Revolution. When the last owner of the château died with no sons, it became a public historic site.

There are waterfalls and canals around the property, as well as some fountains, flower gardens, and Chinese-style gardens. You’ll also find lots of sculptures outside, making it a great place to relax and go for a stroll. 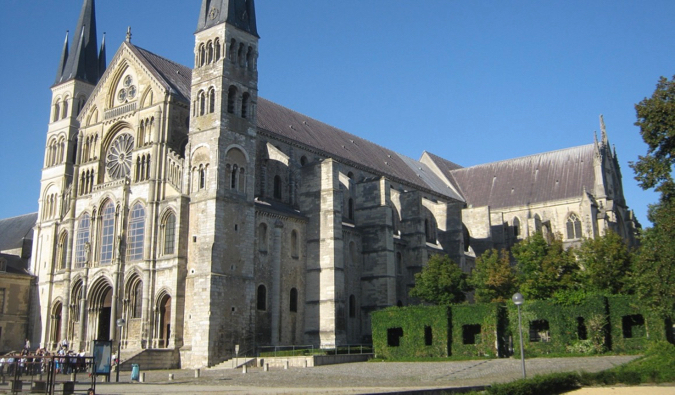 This small city is located just 140 kilometers from Paris and has played a significant role in French history. Reims grew to prominence during the Roman Empire, and when the Cathédrale Notre-Dame de Reims (Reims Cathedral) was completed in the 15th century, it became the place where every king of France was crowned (with a few exceptions). Much like Notre-Dame in Paris, this Gothic cathedral boasts two large towers. It was also declared a UNESCO World Heritage Site in 1991. While in town, don’t miss seeing the city’s fortifications; a number of them, including Fort de la Pompelle, saw combat in World War I.

You can reach Reims by car via the A4. The journey will take around 95 minutes. There is also a train from Gare de l’Est run by SNCF that takes 50-90 minutes; tickets cost around 30 EUR per person. 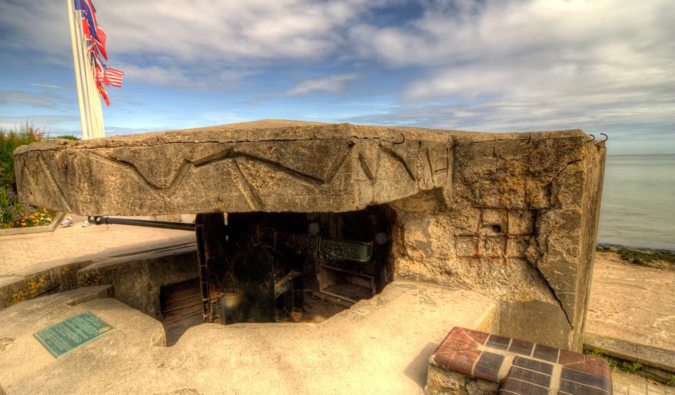 On June 6, 1944, the Allied forces invaded Normandy, in what is known as Operation Overlord. Almost 160,000 troops crossed the English Channel that day. Today, you can visit some of the remaining fortifications and bunkers, as well as several cemeteries and museums.

The beaches are located just under three hours from Paris by car, which is the best way to explore the region, as you’ll have more freedom and flexibility with your schedule. If you’d rather not drive, you can book an organized tour from Paris that will take you to the main sites over the course of the day; expect to pay around 150 EUR per person. 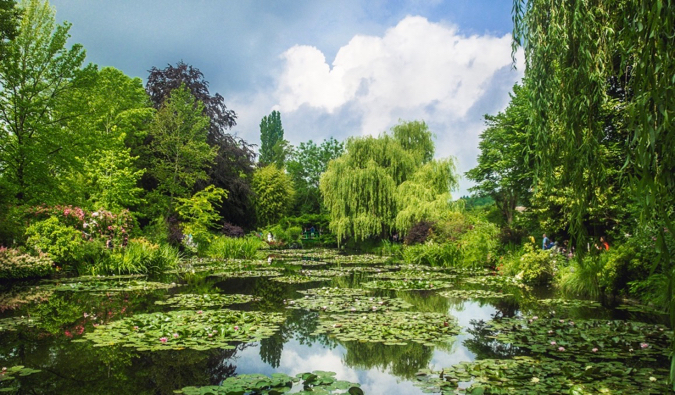 This picturesque village is 80km from Paris and is famous for being the home of renowned painter Claude Monet, the founder of the impressionist movement. On a stroll through the famous gardens, you’ll recognize scenes from some of his most famous works. It’s like walking through art history itself. Be sure to visit Monet’s home as well as the art museum!

Many other impressionist artists also moved to Giverny, making it a great day trip for anyone interested in art or art history.

The journey to Giverny will take around 80 minutes by car via the A14 and A13. If you don’t have a vehicle, you can take a train to Poissy and then take the bus, but the journey will take almost three hours and cost around 35 EUR per person. 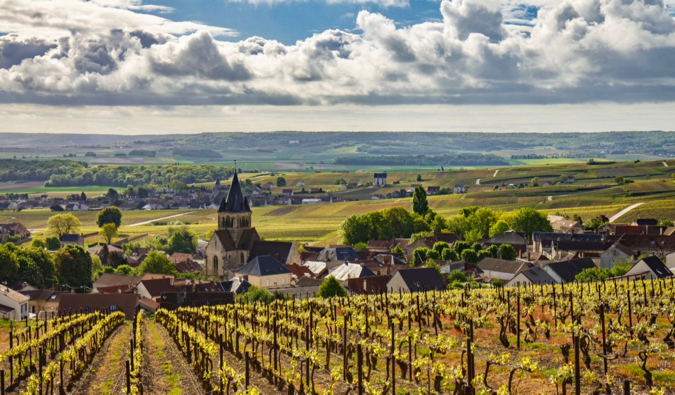 The Champagne region is known for — you guessed it — producing champagne. Only wines that come from this region are technically allowed to be called “Champagne,” which makes this the epicenter of all things champagne. Though a long day trip from Paris, it’s possible to tour vineyards and sample the region’s wines in a day. If you don’t have a car, you can take a tour with Walks of Paris, which runs trips to the area.

The Champagne region is located east of Paris. You can get there in just over two hours with a car via the A11. The trip can take around where between 1 hour 45 minutes and 4 hours via train; expect to pay 25-50 EUR for a train ticket. 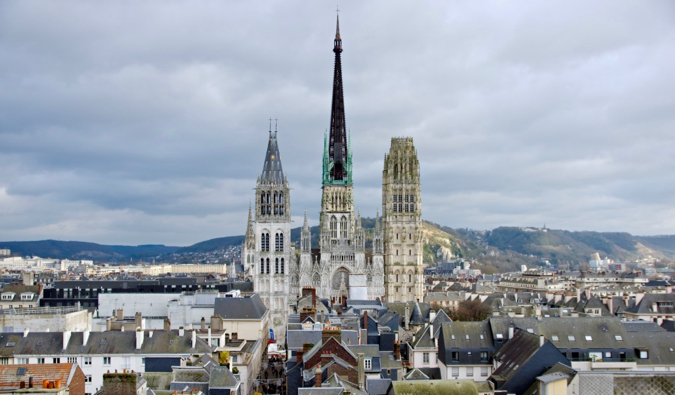 Like Reims, Rouen has its own gorgeous cathedral. Built in the 11th century, it towers over most of the city (much like Notre-Dame in Paris). Rouen itself is most noteworthy as the place where Joan of Arc was martyred, and you can visit her memorial, not to mention other historic sites (such as Château Bouvreuil).

Rouen can be reached by car in just under two hours via the A13. Direct trains will take around 90 minutes and cost around 30 EUR per person. 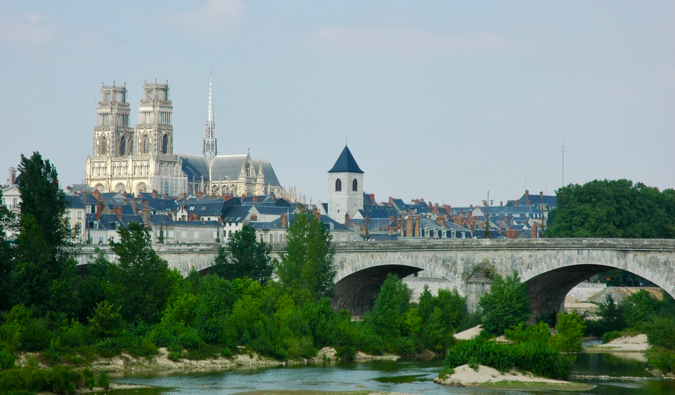 This gorgeous city is located on the Loire River about 2 hours from Paris. You’ll find gorgeous medieval half-timber houses that really give Orléans a traditional European feel. There are tons of medieval buildings still in use, many dating back to the 14th and 15th century. There are some incredible museums here too, including the sobering Musée Mémorial des enfants du Vel d’Hiv, which highlights the deportation of Jews and Roma to concentration camps during World War II and the Joan of Arc museum.

Orléans can be reached by car in around 1 hour 30 minutes via the A10 or N20. A direct train will take around the same amount of time and cost around 20 EUR per person. 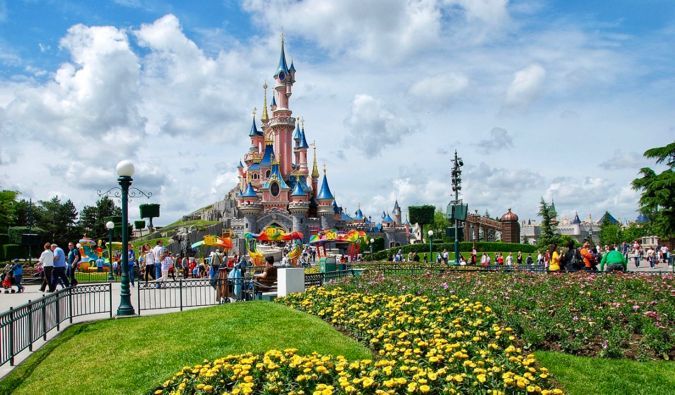 Sure, this isn’t the most adventurous of travel experiences, but it’s definitely a fun one! Disneyland Paris (45km east of the city) gives you a look at an American experience from a French perspective. Lose yourself in a world that’s not quite American and not quite French — but all parts that over-the-top Disney goodness that you love.

Whether you’re traveling with kids or you just want to just relax and have a touristy good time, Disney offers a great escape from day-to-day Parisian life. Don’t miss the nightly fireworks show over the Sleeping Beauty Castle too — it’s pretty epic!

Get Your In-Depth Budget Guide to Paris!

For more in-depth information, check out my guidebook to Paris written for budget travelers like yourself! It cuts out the fluff found in other guides and gets straight to the practical information you need to travel and save money in one of the most beautiful and romantic cities in the world. You’ll find suggested itineraries, budgets, ways to save money, on- and off-the-beaten-path things to see and do, non-touristy restaurants, markets, and bars, and much more! Click here to learn more and get started!

Book Your Trip to Paris: Logistical Tips and Tricks

Book Your Flight
Find a cheap flight by using Skyscanner or Momondo. They are my two favorite search engines because they search websites and airlines around the globe so you always know no stone is left unturned.

Book Your Accommodation
You can book your hostel with Hostelworld. If you want to stay somewhere other than a hostel, use Booking.com as they consistently return the cheapest rates for guesthouses and cheap hotels. I use them all the time. Some of my favorite places to stay in Paris are:

Don’t Forget Travel Insurance
Travel insurance will protect you against illness, injury, theft, and cancellations. It’s comprehensive protection in case anything goes wrong. I never go on a trip without it as I’ve had to use it many times in the past. I’ve been using World Nomads for ten years. My favorite companies that offer the best service and value are:

Looking for more information on visiting Paris?
Check out my in-depth destination guide to Paris with more tips on what to see, do, costs, ways to save, and much, much more!